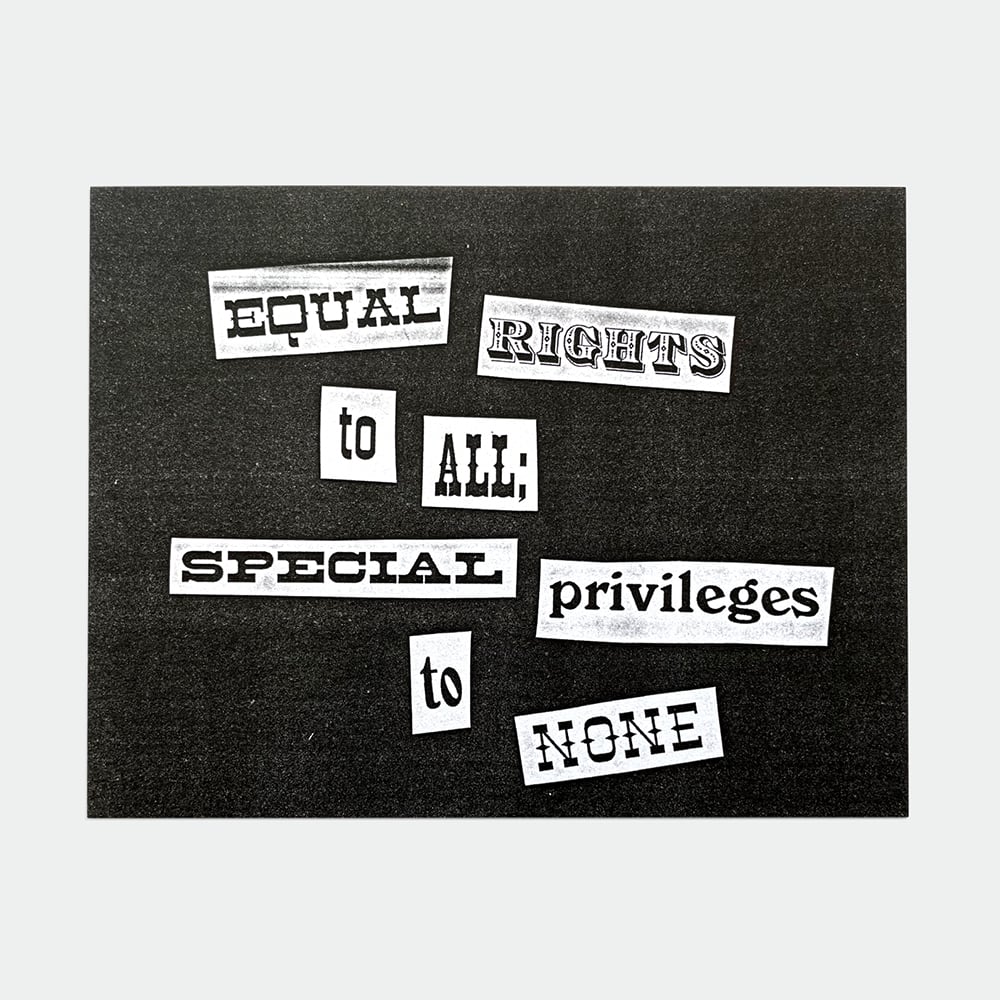 Print comes in a protective clear sleeve made from plant based polylactic acid and is certified compostable.

10% of sales for this print will be donated to the Poor People’s Campaign.

In 1892, the newly formed Populist Party, also known as the People’s Party, held their first party convention in Omaha, Nebraska, and ratified their party's platform, known as the Omaha Platform. A left-wing party formed by farmers and supporters of the working class, The People's Party's roots stemmed from an agrarian labor movement and populist rebellion in response to the corporate interest dominance and monopolization of the Gilded Age.

The Omaha Platform called for, among other things, collective bargaining, the elimination of private banks, public ownership of railroads and communication lines, an eight-hour workday, and a graduated income tax so the wealth of the super rich would begin flowing, in the words of Nebraska Senator George W. Norris, "to all the people, from whom it was originally taken."

"Equal Rights to All; Special Privileges to None" was the slogan on the 1892 campaign poster promoting their presidential ticket.

An excerpt from the preamble on that same poster:
"We have witnessed for more than a quarter of a century the struggles of the two great political parties for power and plunder, while grievous wrongs have been inflicted upon the suffering people. We charge that the controlling influences dominating both these parties have permitted the existing dreadful conditions to develop without serious effort to prevent or restrain them. Neither do they now promise us any substantial reform. They have agreed together to ignore, in the coming campaign, every issue but one. They propose to drown the outcries of a plundered people with the uproar of a sham battle over the tariff, so that capitalists, corporations, national banks, rings, trusts, watered stock, the demonetization of silver and the oppressions of the usurers may all be lost sight of. They propose to sacrifice our homes, lives, and children on the altar of mammon; to destroy the multitude in order to secure corruption funds from the millionaires."